The Access to Cancer Medicine Report focuses on these two key determinants of access in the public and private sector. Findings related to access include the fact that just 10 hospitals in South Afriica provide cancer care for 84% of the population. The medicines available for treatment are regulated by the Essential Medicines List, based on the model list suggested by WHO and based on affordability. The private sector serves 16% of the population who belong to nearly 75 different medical schemes. These schemes, ruled by the Council of Medical Schemes have the ability to approve the latest cancer treatments available, even when they may be too expensive for most patients to afford. The oncology pharmaceutical industry represents only 1% of the market – yet seven of the most expensive speciality medicines are for oncology. The report further investigates the impact of patent law and use of competition law to ensure access to medicine.

With cancer incidence set to increase exponentially in the next 10 years, now is the time to re-enigineer cancer care services within the proposed NHI. Recommendations for key role players such as SAHPRA, key government departments and Industry are offered to kick-start this debate.

Inequities to Access to Cancer Medicines in South Africa

National Department of Health is silent on the cancer crisis!

South Africa is facing a Cancer Care Crisis. Cancer care is a basic human right. Cancer treatment services across the country are strained – with health care that are cut and health care professional posts that are frozen.

Biosimilars are pharmaceutical products that are
almost identical copies of existing medicines.

Cancer Alliance publishes the first fact sheet on biosimilars in South Africa. The approval and availability of biosimilars will influence access and affordability of lifesaving medicines. Patients, clinicians and funders need to informed about these new opportunities to ensure that patients always have access to affordable, safe, efficacious and quality medicines. The approval of the first significant biosimilar for trastuzumab opens the opportunity for competition in  the market. This will certainly pave the way for other biosimilars.

So near and yet so far: Life-saving Medicines are Out of Reach for many

Medicines are critical to the fight against cancer. Having access to the right medicine at the right time can literally make the difference between life and death.

Over the years medical science has given us many valuable medicines in the fight against cancer. Their names are not as well-known as aspirin or penicillin, having complex and unpronouncable names such as Lenalidomide, Trastuzumab and Octreotide, but to cancer patients they are as valuable as gold. So having access to these drugs, and being able to afford them, is critical to every patient.

Nevertheless we find that many of these life-saving drugs are not available in South Africa, or they may only be available in the private sector. And even if they are available they may be so expensive that only the rich or those with substantial insurance can afford them.   For those who cannot access these drugs we have no answers.

The reasons why they are so expensive, and why they may not be available, are complex, and solutions are not easy to find. This is the purpose of the Access to Medicine (A2M) Campaign.

In 2017 the Cancer Alliance and Fix The Patent Laws jointly published a study of 24 life-saving cancer medicines. The research showed that only seven of these 24 medicines are available in the public sector – where 84% of South Africans access medical treatment. Private sector patients have access to 21 of these drugs. In spite of 10 of the medicines being on the WHO essential medicines list, only four of them are deemed essential in South Africa.

On 30th January 2018 the Cancer Alliance announced the start of a concerted campaign to focus on eight of these medicines, to change the path of cancer treatment in our country.

Fix the Patent Laws is a campaign co-founded by SECTION27, Treatment Action Campaign (TAC) and Doctors Without Borders (MSF) in 2011. Since then, the coalition has grown to include 38 other organisations fighting together to push South Africa to amend its patent laws to prioritise public health. You can follow posts by Fix the Patent Laws at this address: www.fixthepatentlaws.org. 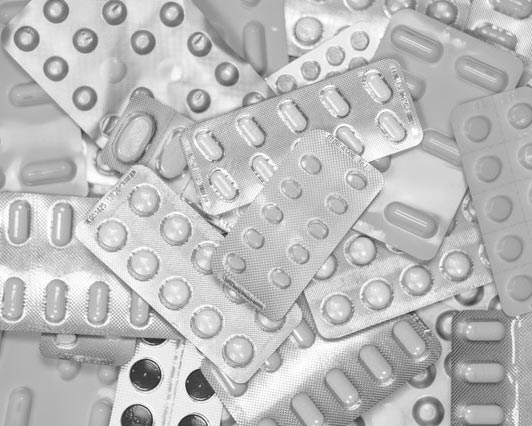 Eight medicines chosen for this campaign

Eight medicines have been chosen: These are considered to be priority medicines for cancer at this time, and address the most prevalent cancers and burden of disease in South Africa. Listed together with the cancers they are commonly used to treat they are:

Cancer rates in South Africa are expected to rise significantly over the next two decades. In sub-Saharan Africa, the number of new cancer cases is expected to increase by more than 85% from 2008 to 2030. By then, for every four deaths from HIV/AIDS in the region, there will be three deaths from cancer. Along with a growing cancer burden, states will be confronted with rising and unaffordable prices for cancer medicines.

This study seeks to investigate how South Africa’s patent laws influence access to cancer medicines by analysing the patent status and length, affordability of, and access to 24 case study medicines. Our research demonstrates that South Africa routinely grants and upholds patents that could have been challenged and rejected if South Africa adopted strong patentability criteria, patent examination processes and opposition procedures.

Overlapping secondary patents create significant legal uncertainty regarding the patent status of medicines, dis-incentivise the entry of generic or biosimilar products, and hinder the affordability and accessibility of the medicines to patients in need.

Our research demonstrates that South Africa routinely grants and upholds patents that could have been subject to challenge and rejected if the government adopted strong patentability criteria, patent examination processes and opposition procedures. While the 24 medicines analyzed were not randomly selected, they represent a large sample that illustrates certain characteristics of the patent system in South Africa and the relationship between domestic patent laws and medicines pricing and access.

MEDICINES SELECTED FOR THIS STUDY